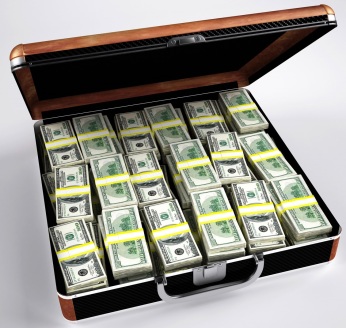 On February 19, 2016, K2 Solutions, Inc. (K2), the sub-contractor tasked with kenneling the TEDDs during the OPMG’s adoption events of February 2014, sent a letter to Congressman Richard Hudson asking him to initiate a Congressional Investigation of the TEDD program. The most important issue referenced in the letter, in our opinion, was the involvement of the Prime Contractor, Davis-Paige Management Systems (DPMS), the only company subject to the terms and conditions of Federal Contract, W911SR-10-D-0021, during the last year of the TEDD program’s existence, including the period of the adoption events during February 2014. Based on our reading and understanding of the letter, K2, as the sub-contractor, had no voice during this last year of the TEDD program and were at the mercy of DPMS and the Army.

Incredulously, from our perspective, in early 2013, during the twilight of the TEDD program’s life, the contract was re-bid and awarded to DPMS. Although DPMS apparently had no expertise in canine training nor care, no personnel with any talents that would reflect capability to promote the program, nor any facilities or infrastructure to kennel the dogs, DPMS was awarded the contract.

Because the contract required DPMS to provide a minimum of 51% of the services demanded in the proposal, we, as both taxpayers and advocates for the handlers and their TEDDs, question how and why this contract was issued. Since inception of the program, Vohne Liche Kennels in Indiana had provided kenneling and training for the dogs and their handlers. Why, in the last months of the program, did it become necessary to re-bid and move the dogs, with much disruption, to North Carolina? Why would Army request this? Who, in particular, requested this move? Logistics, perhaps? Was there a need for particular person(s) to be able to easily access the kennels to remove dogs without scrutiny? Who deemed a company with no expertise in canines’ handling and/or training eligible and qualified to train and care for these front-line protectors for our infantry, with a required 51% participation in that care and training? Also, K2 mentions requests for an extension, first of six months, then two weeks; who requested those extensions? Based on other information Justice for TEDD Handlers received, the disposal of the TEDDs started almost six months before the February 2014 adoptions; did the need for extensions have something to do with finding groups like DynCorp International to whom to transfer dogs?

Per their letter, K2 was eventually forced to sue DPMS for payment of services. This leads to another question we hope is answered: did the contracting officer or the Army, which K2 notes they contacted over both the failure to pay and the lack of standard military procedures concerning the dogs, contact the DoD Inspector General? Why was DPMS, which received a whopping $6.84 Million, not forced by the Army to respect its contract with its sub-contractor, K2?

Could it be that the adoption failures are not only due to OPMG’s behavior, but part of the Prime Contractor, DPMS’, short-comings, too? Should those who have been denied their dogs, as well as those, who have done the right thing and returned the TEDDs to their handlers, after being assured that the handlers had no interest in adopting their dogs, look to the deep pockets of this multi-million dollar company for their emotional distress? As the REQUIRED provider of a minimum of 51% of the services, which would necessarily be limited to mainly managerial services with K2 handling all the kenneling and a majority of the training, shouldn’t DPMS’ input, or lack of, at the adoptions be a major focus for scrutiny?

From our perspective, DPMS took taxpayer money, including money for the adoption period, with disastrous results for handlers and their TEDDs. Everything, from the re-bid of the contract to the adoptions, creates questions that we hope the Congress will address.