UPDATE: Here are the documents for ALL of the dogs (except for the 7th, Charlie R842 – we are still waiting for those from a FOIA request) signed for by former Chief Deputy Jack Joyner. We know that these dogs were not used or trained, with the exception of Karo2 who is apparently working for a law enforcement agency. The otheres were given away and/or sold. The documents clearly state this was prohibited.

click on the image below to view the PDF article 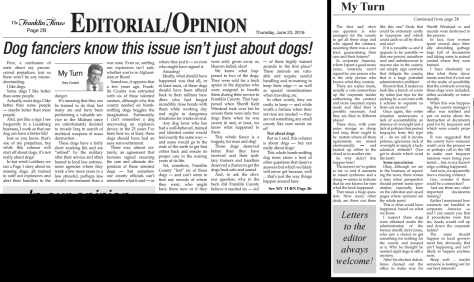 Alex2 R562, Charlie R842, Dan5 R594, Dino1 R598,
Hanz1 T093, Karo2 T286, and Yankee R540
These MWDs were either sold or given away, voiding contracts.
(We believe Karo2 may still be working for a law enforcement agency.)
We are requesting assistance from the County to reunite the dogs with their handlers.

In February 2014, former Franklin County Sheriff Jerry W. Jones attended the Army/OPMG adoption event and secured seven (7) TEDD/MWDs under the authority of Franklin County. Those seven MWDs are, as follows: Alex2 R562, Charlie R842, Dan5 R594, Dino1 R598, Hanz1 T093, Karo2 T286, and Yankee R540. The newly elected Sheriff then decided that these MWDs were not needed. Franklin County Commissioners, on August 3, 2015, presumed authority to advertise and sell MWDs Hanz1 and Dino1, confirming that Jones’ adoption of the MWDs was for the benefit of Franklin County. We are not certain of the whereabouts of the others.

The OPMG’s “Convenant Not to Sue with Indemnity Agreement,” which per our investigation, appeared to have been used for both Law Enforcement and the General Public, stated the following:

Recipient further makes the promise that the MWD will not be used for any illegal purpose…nor be given or sold to another….

Plain reading of the contract would appear to prohibit the Franklin County Commissioners from any sale or gift of the MWDs. 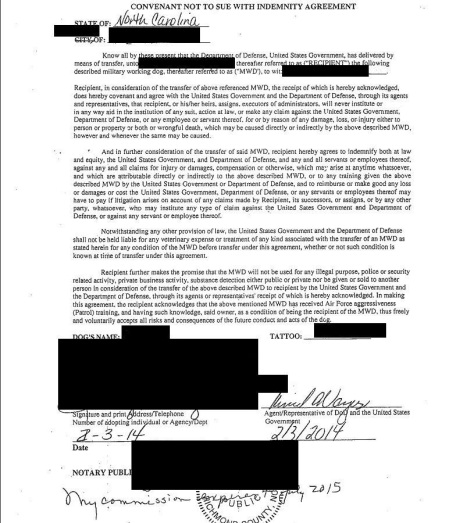 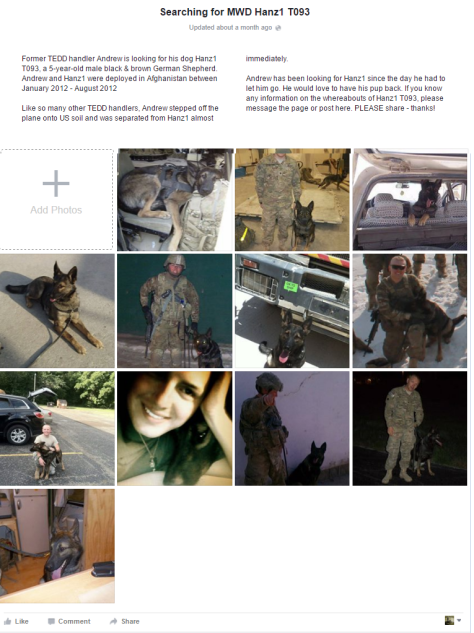 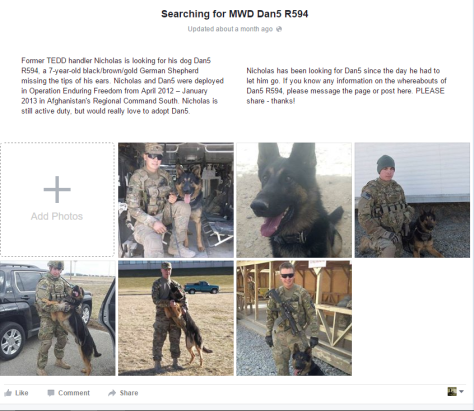 3 thoughts on “The Franklin County 6 (actually 7)”