“I was curious and possibly interested in getting my bomb dog back. His name was Bom. Of course while going through the TEDD program, we were told that we were the first owners of these dogs, and we would have first dibs on them once they were retired or quit working. Well, no one has been notified, and a group called Justice for TEDD Handlers has emerged. I got into contact with them to see if they could locate him. Sure enough, within 24 hours they did and told me the bad news. As some of my battle buddies know, ‘don’t go near Kerns if Bom is around.’ He was loyal and a great partner. Didn’t get along with other dogs or people… but with me he did. He was my buddy. Unfortunately he was euthanized because he was too violent. They almost called me back from the line to transport him back stateside because he would bite anyone who came near him. Well… I wish they would have. RIP Bom. Thank you so much to Justice for TEDD handlers for doing an amazing job and helping me close my book. Your selfless service is not going unrecognized. I hope for happier endings for the other handlers who have been misled.” – Bom’s handler Matt 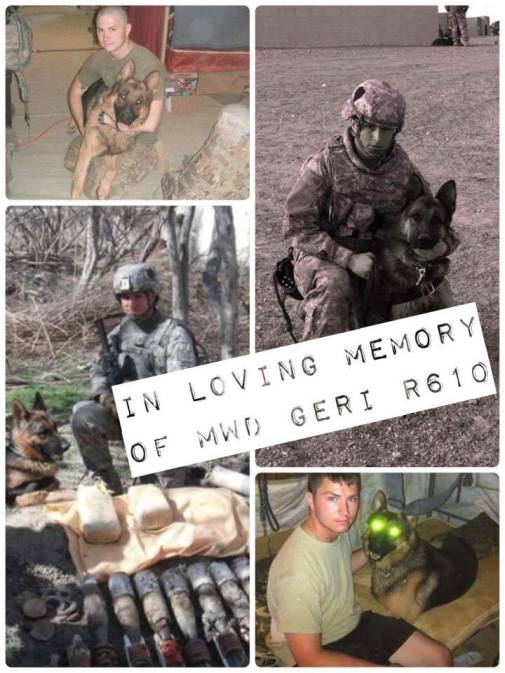 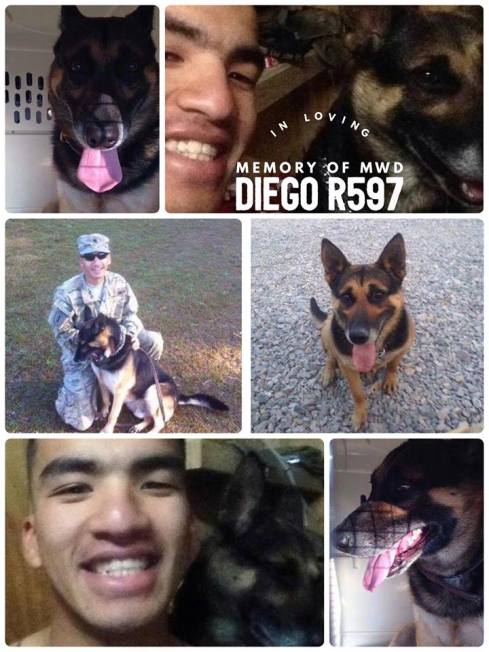